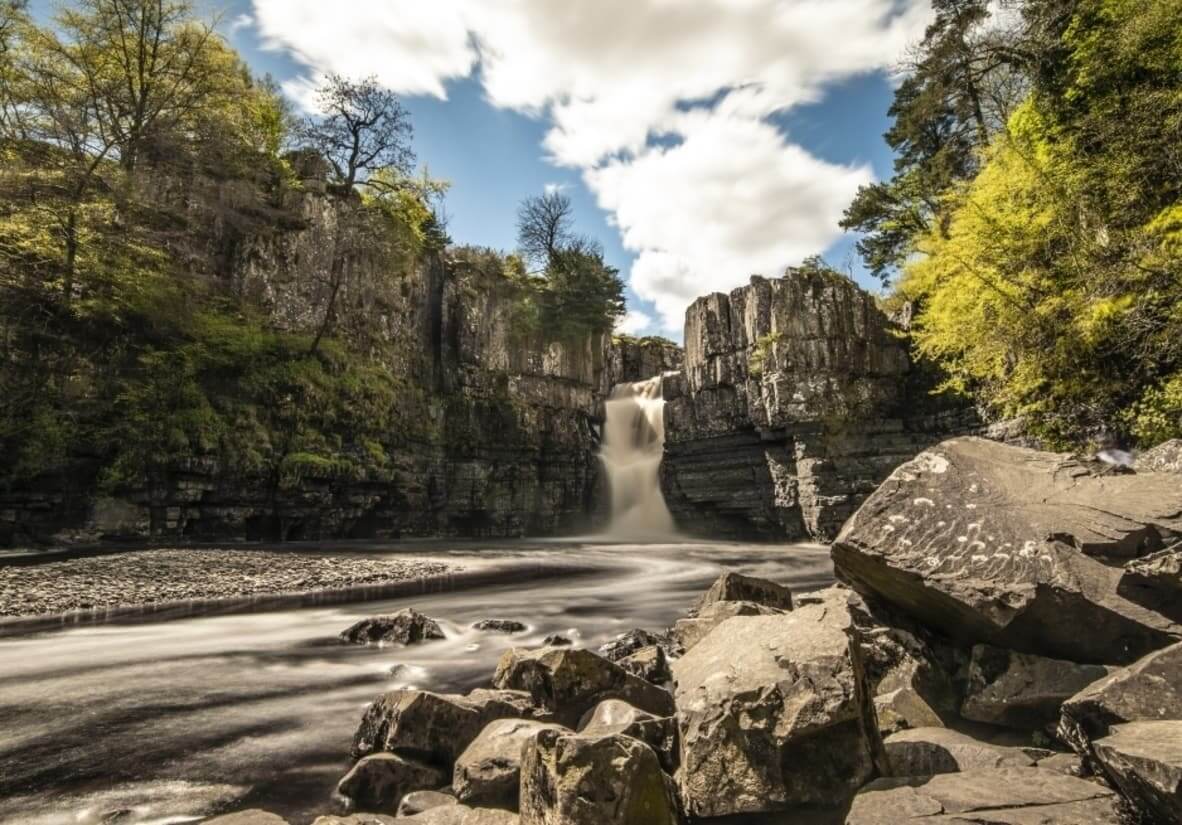 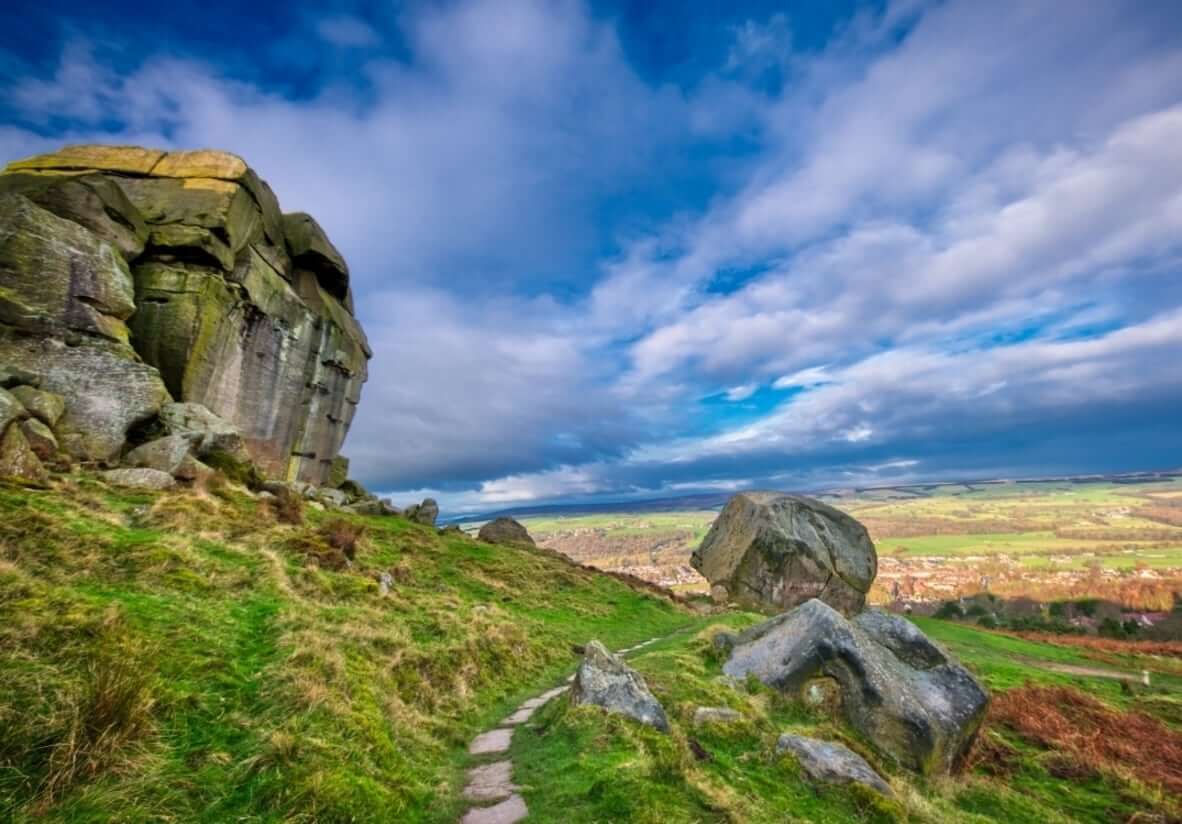 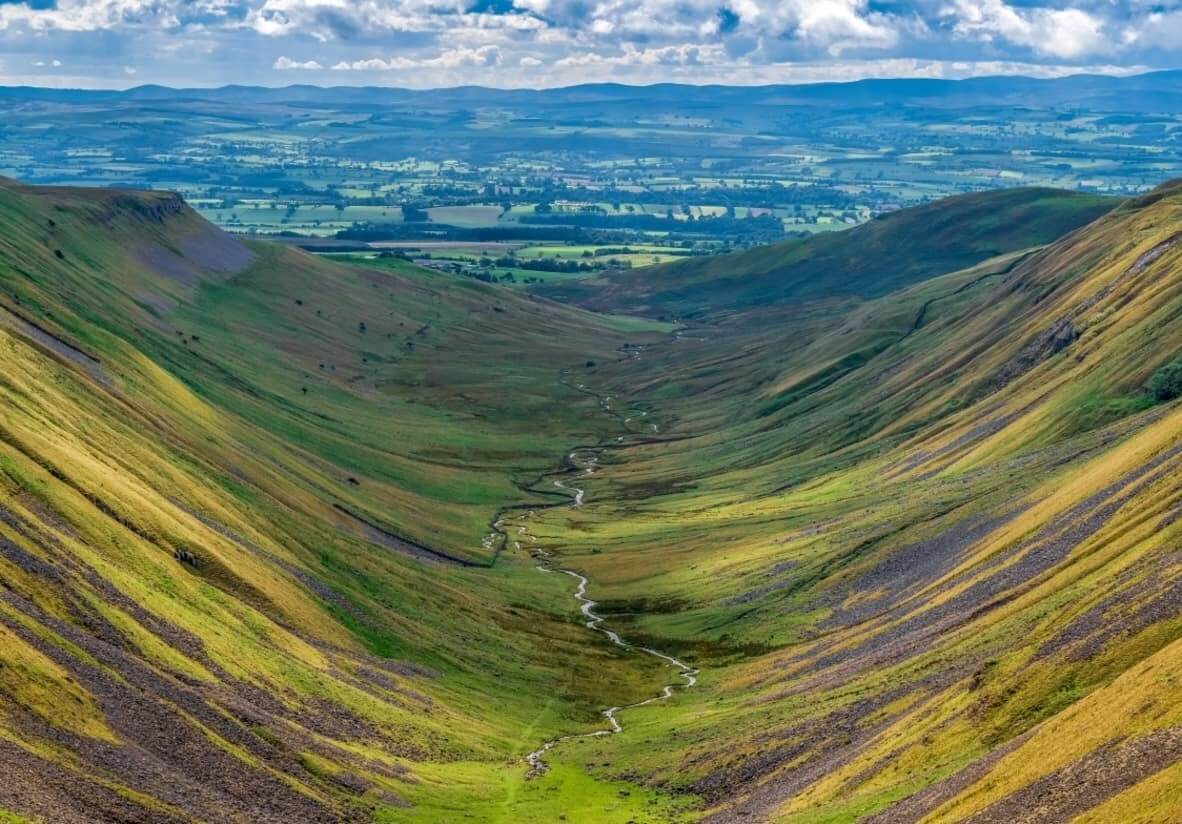 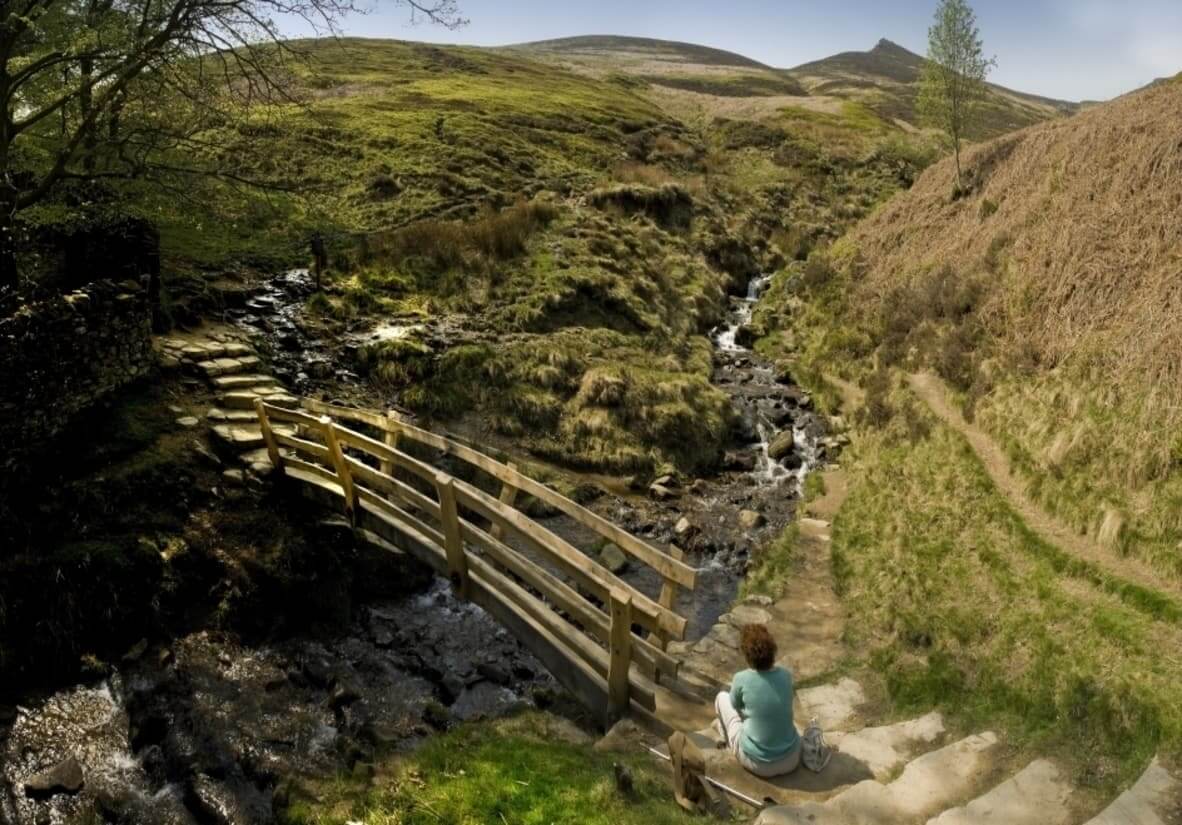 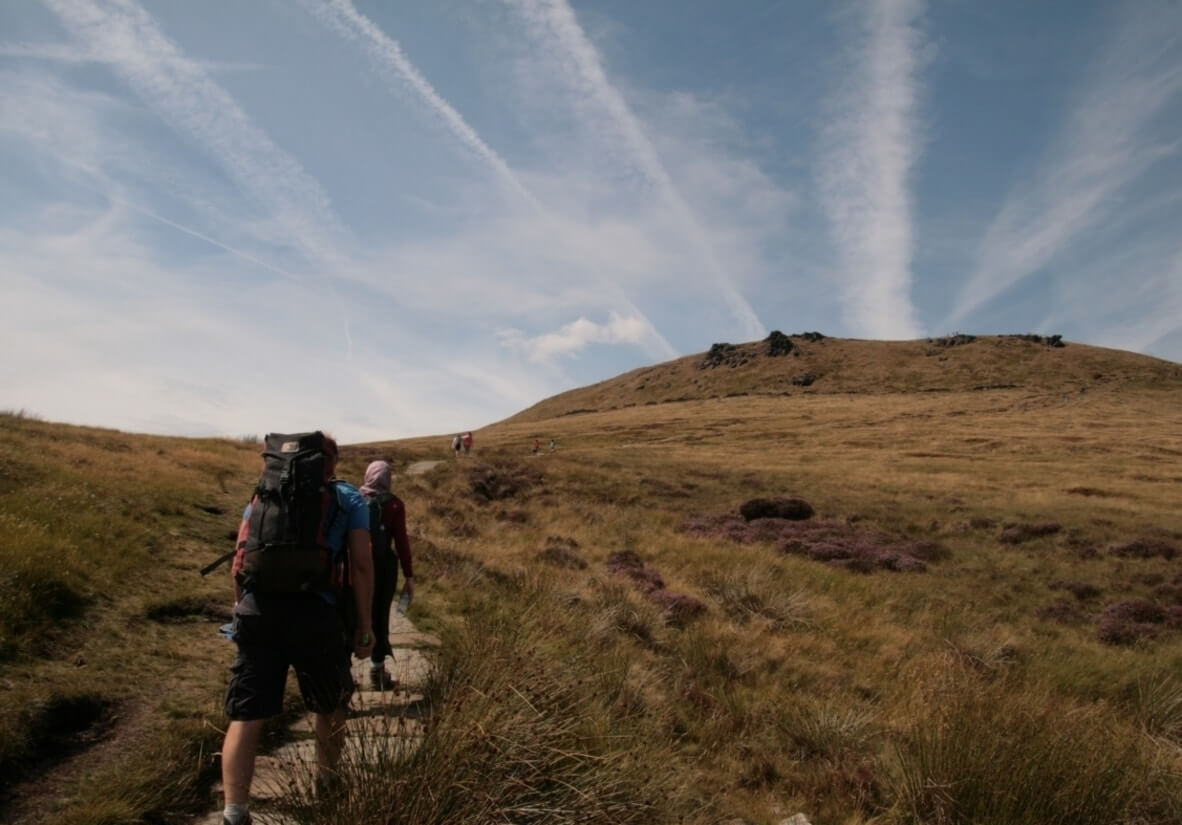 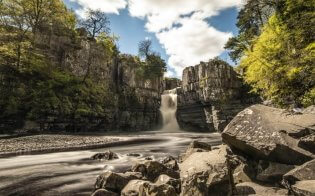 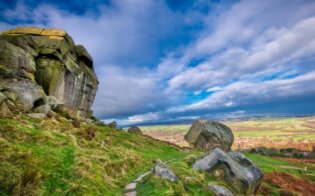 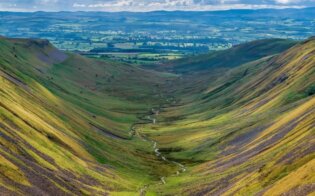 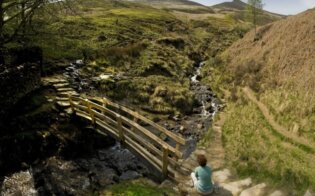 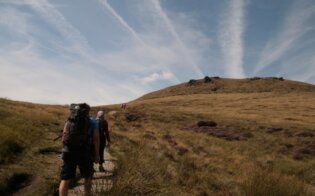 This adventure on the oldest, most iconic and emblematic British route will take you to the heart of the Yorkshire Dales National Park and along the Northern Pennines.

Through swamps, hills and immense valleys, you will travel through quiet regions of England, where you will discover incredible scenery such as the High Force and Cauldron Snout waterfalls or Cross Fell, listed as the highest and coldest place in England.

This small village in the Caven district is one of the favourite places for walkers, as there the Three Peaks Route begins and ends, in addition to forming a part of the Ribble Way and, of course, the Pennine Way.

On your first day you will get to know its two pubs, St. Oswald’s Church or the extensive fields and farms that surround the village.

Today begins with the magnificent views of Pen-y-ghent, Ingleborough and Whernside, the three peaks on the horizon. Along the way, you'll find Sell Gill Holes or Dry Laithe Cave, places with limestone caves.

You'll arrive at Ling Gill, a national nature reserve in the Yorkshire Valleys, travel along its eastern end and continue through marshy fields to one of England's highest villages: Hawes, 850 metres above sea level.

Delve into the sprawling Wensleydale Valley, and the River Ure Valley on the east side of the Pennines, and then climb the highest mountain at this point and the third highest in the Yorkshire Dales: Great Shunner Fell.

The descent takes you to Swaledale, another valley in the region, and then to the village of Thwaite. Follow the tour through the hillside of the small Kidson Hill, from where you can see the River Swale and your next accommodation.

Do you want to have a beer or have lunch at the highest pub in England? Well, this is your chance. Get to know Tan Hill Inn, which you access across Stonesdale Moor, a swampy valley and some streams.

From this point, the Northern Pennines begin, an Area of Exceptional Natural Beauty (AONB) and designated as a UNESCO Global Geopark. Advance across God's Bridge, cross the Lunedale Valley and reach the small market town of Middleton-in-Teesdale.

Start your day with a hike to the village of Teesdale, right on the River Tees, where two of the most impressive waterfalls on this route are found: Low Force and High Force, which are also part of the Area of Exceptional Natural Beauty (AONB).

The more adventurous can practice canoeing in Low Force or, why not, take a swim in the waters of High Force, which has a strong current, and a height of 21 metres. Continue to Langdon Beck, a small village in County Durham.

Along the riverside path and Falcon Clints viewpoint, you reach the U-shaped glacial valley, High Cup Nick, whose 'U' shape creates a deep chasm on the slope of the Pennines and makes it a mandatory stop on your route.

Continue downhill into the Eden Valley to the village of Dufton, from where we'll take you to your accommodation in Appleby-in-Westmorland.

Today is the most challenging day on the Pennine Way: you'll climb about 1,000 metres up to the highest point in England outside the Lake District. Walk up Dufton Pike and climb through the valley to the Threlkeld Side mining area.

Take the long ascent trail to the Knock Fell Hills and admire the views of the Great Dun Fell. Explore a section of moors and then continue through the famous Cross Fell mountain range, before descending to the village of Garrigill.

Cross the flooded area in Hartley before climbing the wet summit of Blenkinsopp Common amid zigzag paths, fields, farms, walls and bridges. Follow Maiden Way over Hartleyburn Common and Glendue Fell and visit the archaeological deposits from its construction.

The trail takes you to Greenhead, to Hadrian's Wall, from the 2nd century, built by order of the Roman emperor Hadrian to defend the then territory of Britannia, maintain economic and peace, stability, and mark the border of the Roman Empire.

This holiday adventure has come to an end! If you want to continue exploring the Pennine Way, we have longer routes with more days through this beautiful natural landscape.

If you wish to return home, you will need to take a bus to Haltwhistle, where you can take a train to any English town or city. 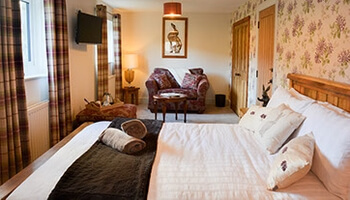 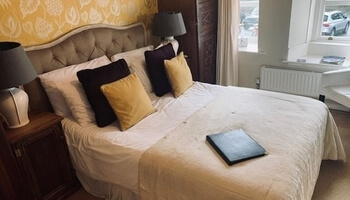 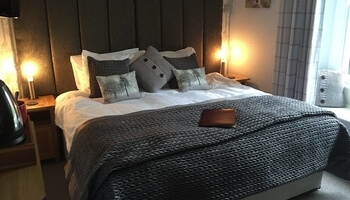 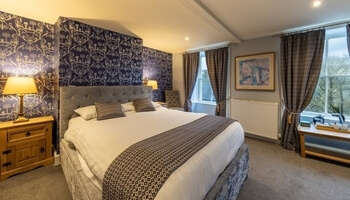 From any city in England it is possible to reach Horton-in-Ribblesdale by train, as it is a town with its own train line. If you want to get there by plane, the nearest airport is Leeds Airport, from where you can take a bus, train or taxi.

To return from Greenhead you must take a bus to Haltwhistle, where you can take a train to any English city. We recommend one towards Newcastle, where the nearest airport is located.

This route is one of the most complicated in the UK, so good physical preparation is important to be able to enjoy it to the fullest.

If you have no experience in walking, it is advisable that you take another route of less difficulty and intensity. Although if you want to venture out, we recommend walking through challenging terrain at least 3 months in advance.

Another tip is to train in the gym, or with a personal trainer to improve your fitness with cardio and endurance exercises.

The best time is in spring and autumn, when weather conditions are favourable for walking the wooded paths, moors and other sections on the route.

In summer, the sun will be much stronger, and in winter the weather conditions are too extreme to take the route.