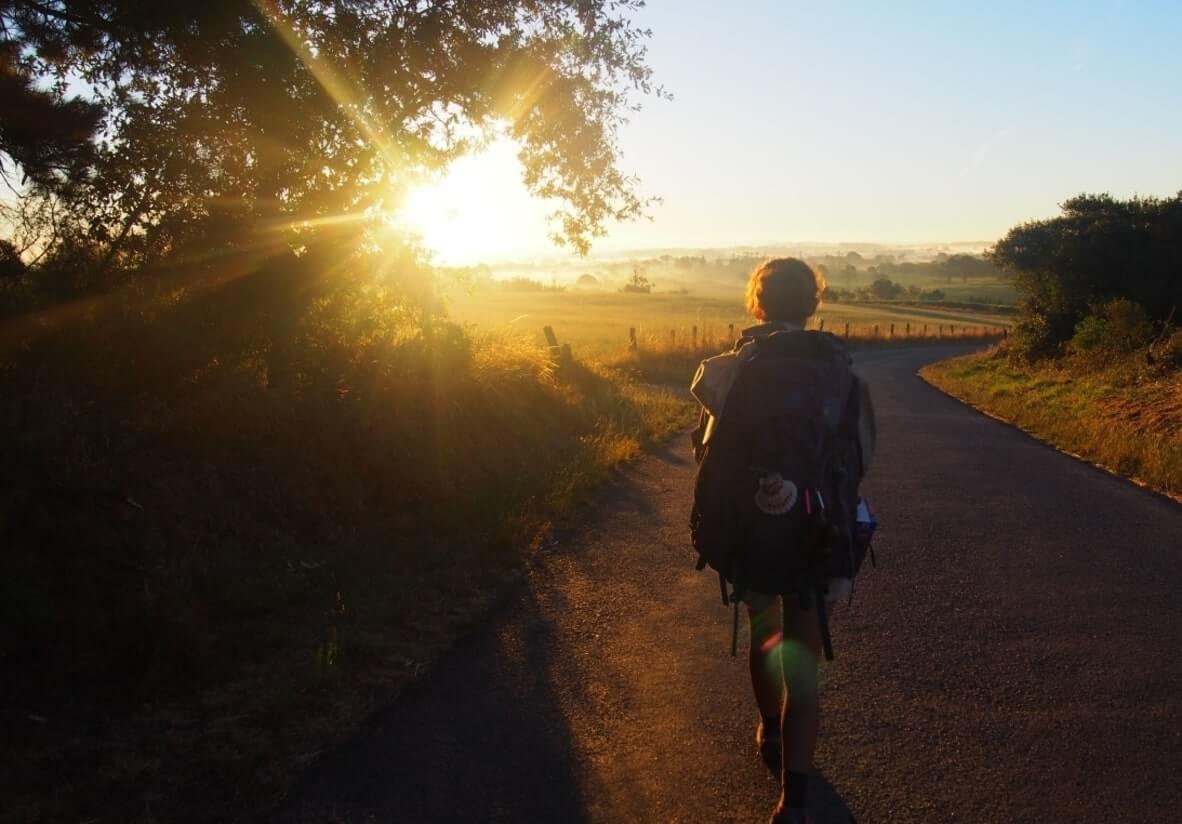 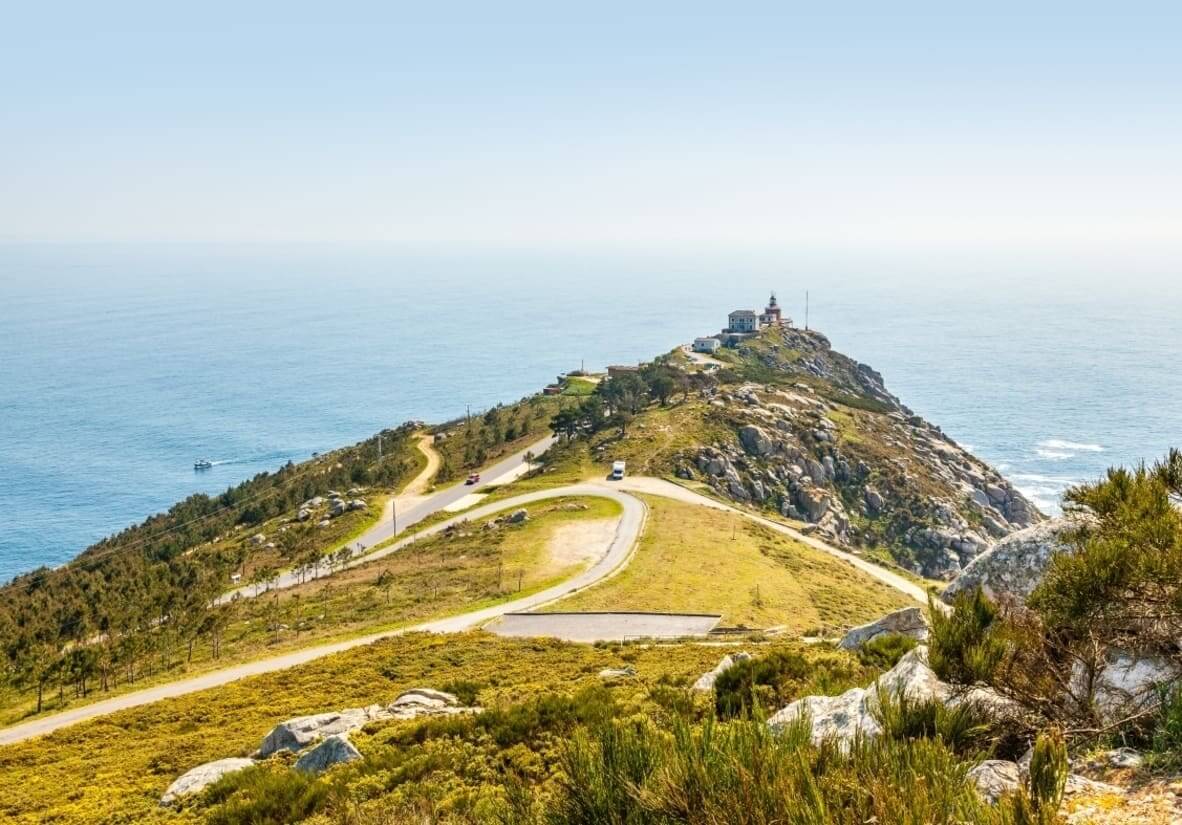 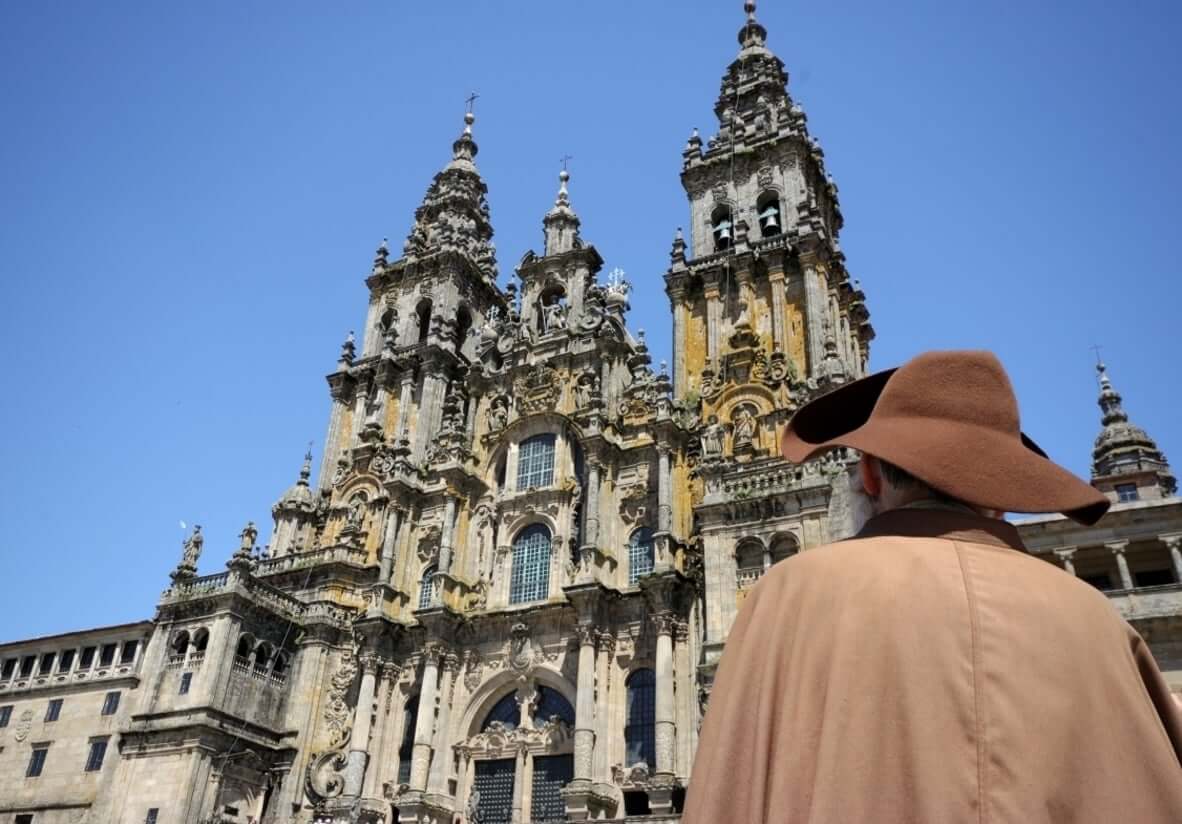 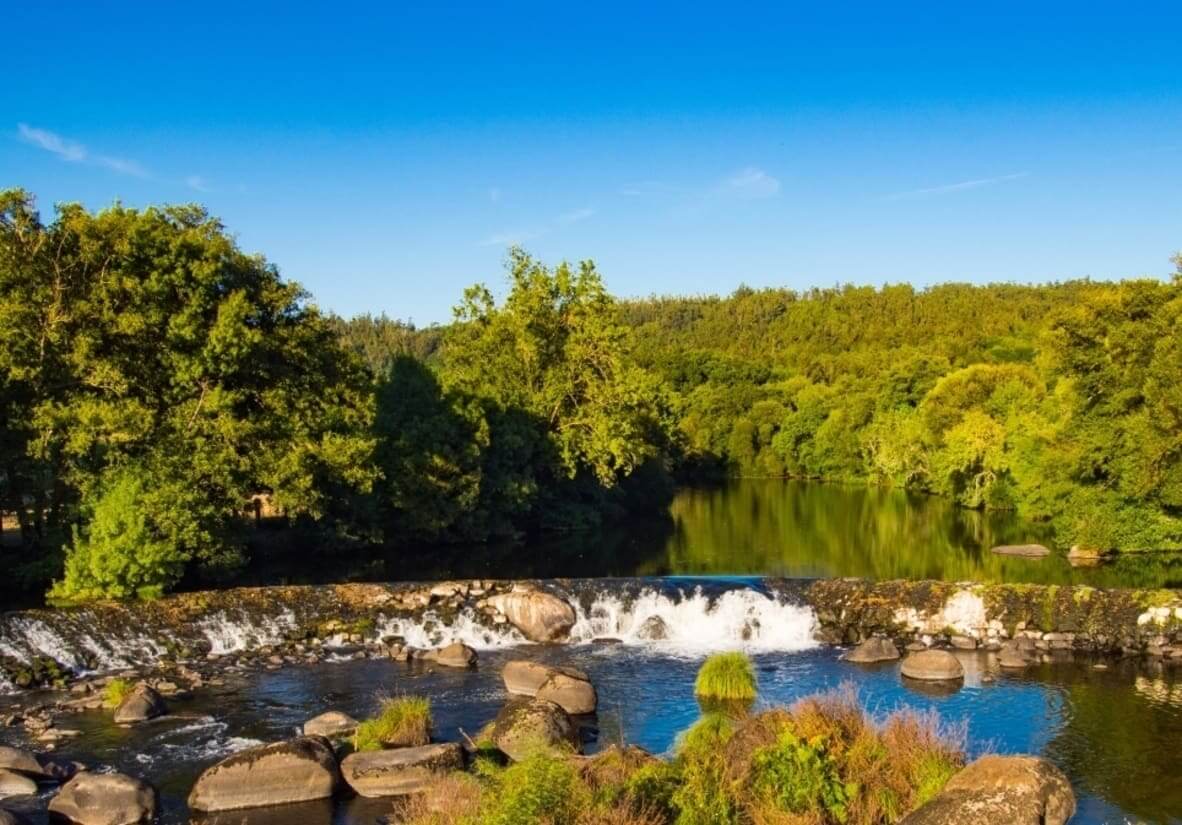 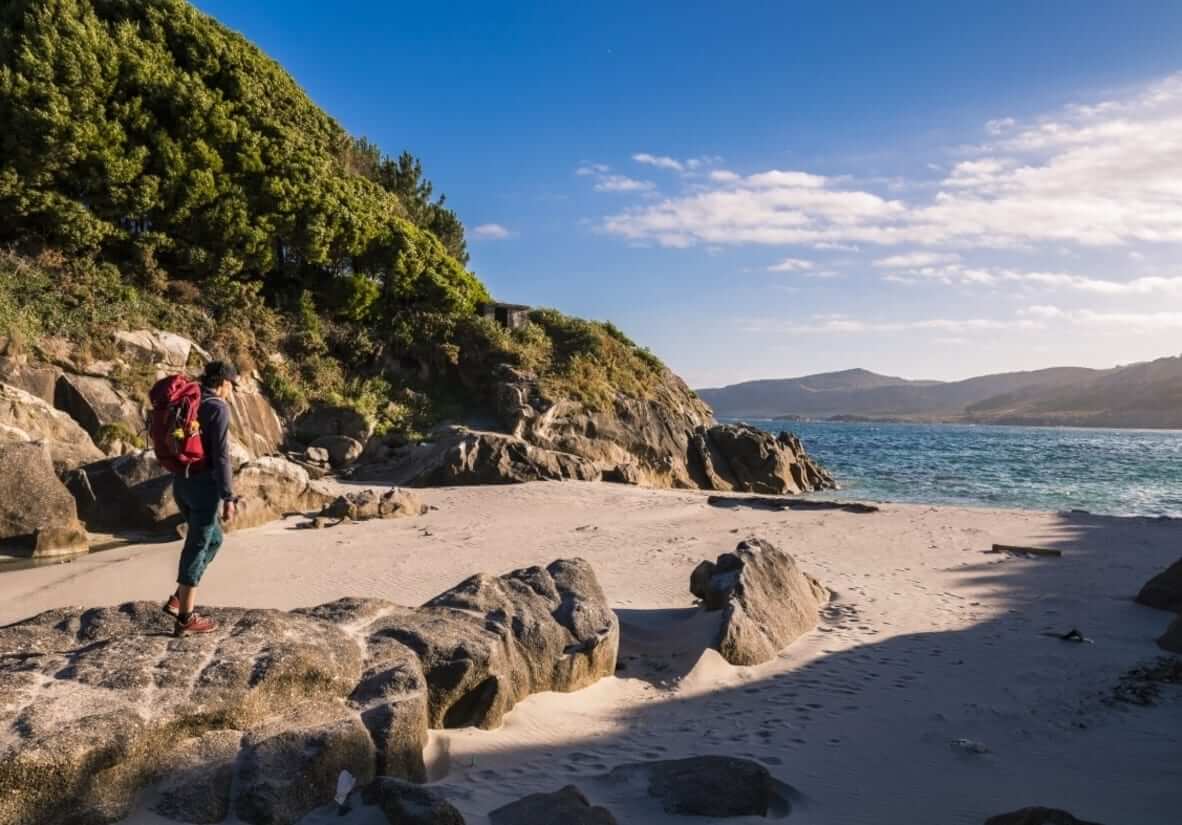 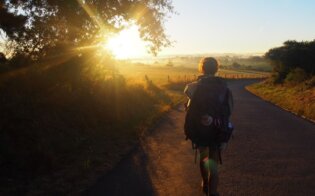 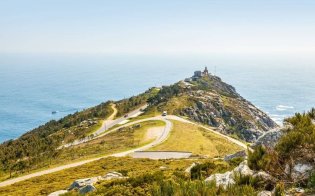 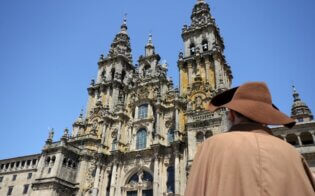 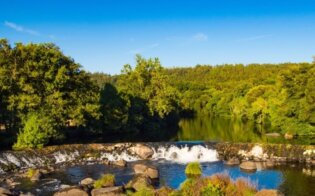 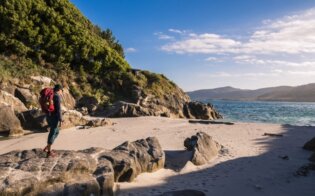 Explore this historical route, also called the Jacobean Extension, Camino a Finisterre or Epilogue to the Camino de Santiago which, unlike the other pilgrimage routes, is the only one that originates from, and does not finish, in the city of Santiago de Compostela.

It crosses the villages of Negreira, Olveiroa and Cee on the beautiful Costa da Morte, to Cape Finisterre, known as the "End of the World", a magical place with ancestral spiritual rites.

Complete the pilgrimage route by observing the "miracle of the sun". According to tradition, there, the legendary Ara Solis, the altar of sun worship was to be found, and where every afternoon, Roman legions arrived to see the star king hide behind the sea.

Explore the historic quarter in Santiago, a UNESCO World Heritage Site, and one of the 3 great pilgrimage centres of Christianity, along with Jerusalem and Rome. Tour the place where, according to tradition, the remains of Santiago the Apostle rest.

Get to know Plaza de Cervantes and the Plaza da Inmaculada until you reach the Plaza del Obradoiro, where you can visit the imposing and artistic cathedral, dedicated to Santiago the Apostle.

Leave the capital of Galicia on Pazo de Raxoi street, where the former Town Hall is located. Descend along the Costa do Cano towards Ponte Sarela, where one of Santiago's most charming river walks begins. Walk to the River Sarela and take a wooded path to Carballal, in a square crossed by the pilgrim towpath.

Climb Mount Vilarino to Quintans, then take the ancient road to the River Roxos towards Alto do Vento. Cross the medieval Agua Pesada Bridge, where you start the hardest climb of the day to the Alto do Mar de Ovellas, and head towards the Roman Bridge in Ponte Maceira, before reaching Negreira, on the banks of the River Tambre.

Start the longest section on the route amid oak forests and natural landscapes. Cross the Avenida de Santiago and descend along the old Camino Real to the Chapel of San Mauro, which connects with the Pazo de Coton, a majestic medieval construction.

Climb up to the River Barcala and enter the small village of Zas, then cross the valley of A Barcala and climb to A Pena, where you can visit the Church of San Mamede Piaxe, before ascending to Cornovo.

Although it is no longer possible to cover the historic climb to Mount Aro, you can go around it and descend with beautiful panoramas of the Fervenza Reservoir and the Xallas valleys. Go to Ponte Olveiroa and reach Olveiroa, a quiet village that preserves its medieval layout on its streets and in its buildings.

Take the paved road to the Castrelo Reservoir and then the path up Mount Sino. Admire the views over the River Xallas and the spectacular Ezaro Waterfall at the mouth of the river.

Ascend to Logoso, a small hamlet at the foot of Mount Castelo and then go to the village of Hospital, where, according to legend, the Vaker or Hospital monster who abducted and devoured the pilgrims was hiding.

Soon you will see the coastal strip of the Costa da Morte, which owes its name to the numerous shipwrecks that occurred in the area and, in the distance, the legendary Cape Finisterre. Descend to Caminos Chans and by Calle Sacramento, you reach Cee, where you can visit La Concha Beach, the Church of Santa Maria de Xunqueira or the Fernando Blanco Museum.

Start the route with a walk by the sea, overlooking the cliffs and beaches of O Rostro or Carnota. Discover the shrines, such as Virxe da Barca de Muxia; its giant horreos like those in Lira or Carnota; and the various fishing villages surrounding the Costa da Morte.

Cross the beach at Cee to the town of Corcubion and its old town, declared a historical-artistic site. Border the coast, descend to Langosteria Beach, and visit the Church of Santa Maria das Areas, before crossing Finisterre towards the lighthouse.

You will have come to the so-called "Finis terrae", a name given to this place by the Romans as the "end of the world", as they considered it the westernmost point on Earth. You can, like the other pilgrims who finish the road, burn your clothes and boots and throw the ashes into the sea as a gesture of purification.

For the return from Finisterre, you must take a bus to Santiago Airport. 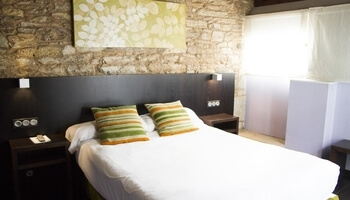 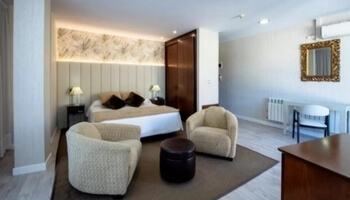 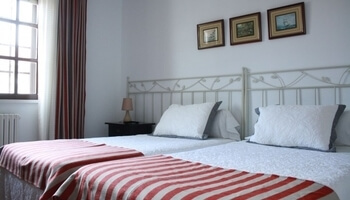 The best option to get there is Santiago de Compostela Airport, where you can reach the city by taxis and buses to the Plaza de Galicia, the bus station.

For your return from Finisterre, take a bus to Santiago Airport, where you can take your next flight.

We suggest you are in good condition and had adequate physical preparation to travel on this route, because despite only having a few stages, it is catalogued with medium-high difficulty. The walks are between 16 and 33 km per day, amid agricultural or crop fields or on dirt trails.

We recommend preparing 2 months before your trip with daily walks on similar terrain and, if desired, with cardio and endurance exercises.

Any time between March and October will give you an amazing experience. May is undoubtedly one of the best months to complete the route, as the temperatures are moderate, as is the influx of pilgrims.

In spring, mornings and evenings are usually cool and during the day, temperatures are pleasant, with a sun that is not as scorching as in summer. However, at this time and in autumn, especially in the north where the ocean climate predominates, there are frequent rains, so we suggest you check the weather forecast.

Is this walking holiday for me?

You will love this route if you are passionate about pilgrimage walks with a penitential and spiritual sense, reminiscent of the European traditions of the 13th century, amid the natural and heritage beauty of Galician territory.

It is also ideal for you if you enjoy coastal landscapes, the oceanic climate and experiences with cultural diversity, while touring small rural villages, medieval bridges, numerous horreos (grain stores) and places full of history and legends.

How do I get the pilgrim's credential?

The pilgrim's credential can be found upon arrival at your first accommodation.

This credential must be stamped in churches, restaurants and hotels during your journey on the Camino de Santiago. At the end of the trip in the city of Santiago, you can obtain the Compostela that certifies you as a pilgrim.