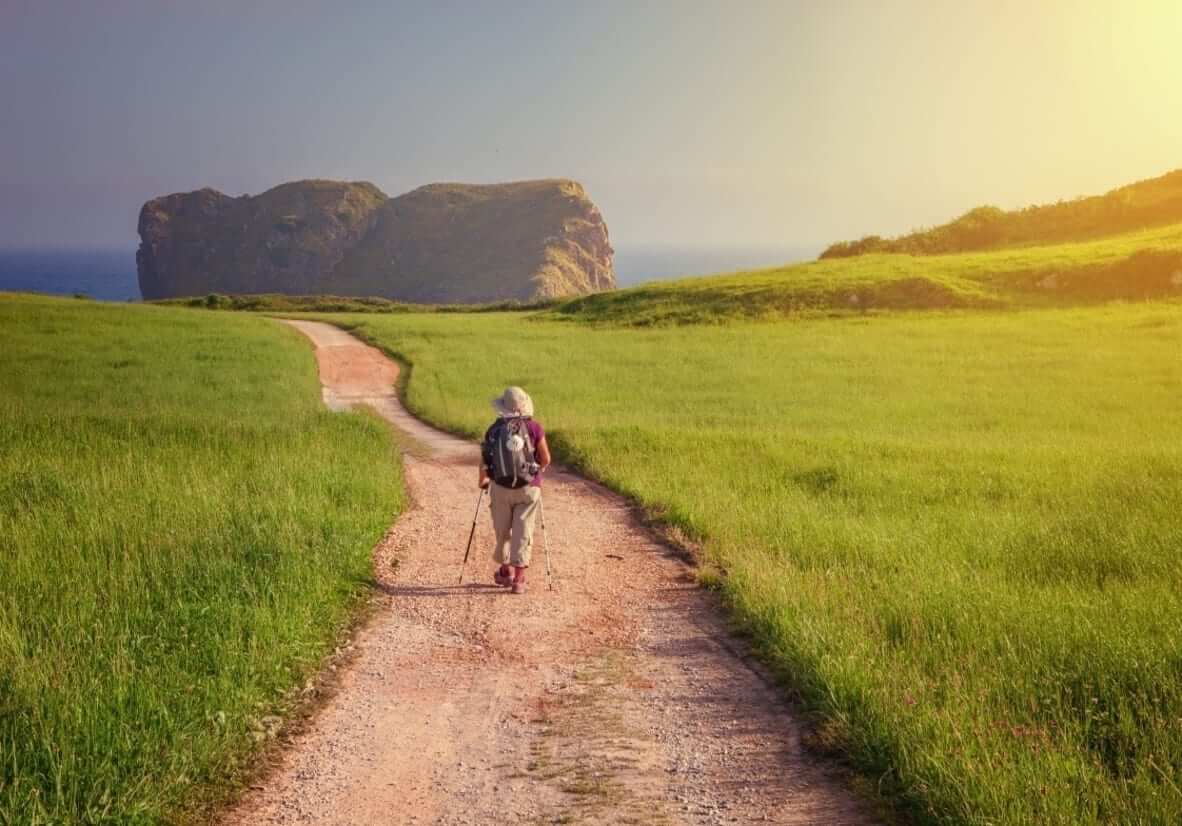 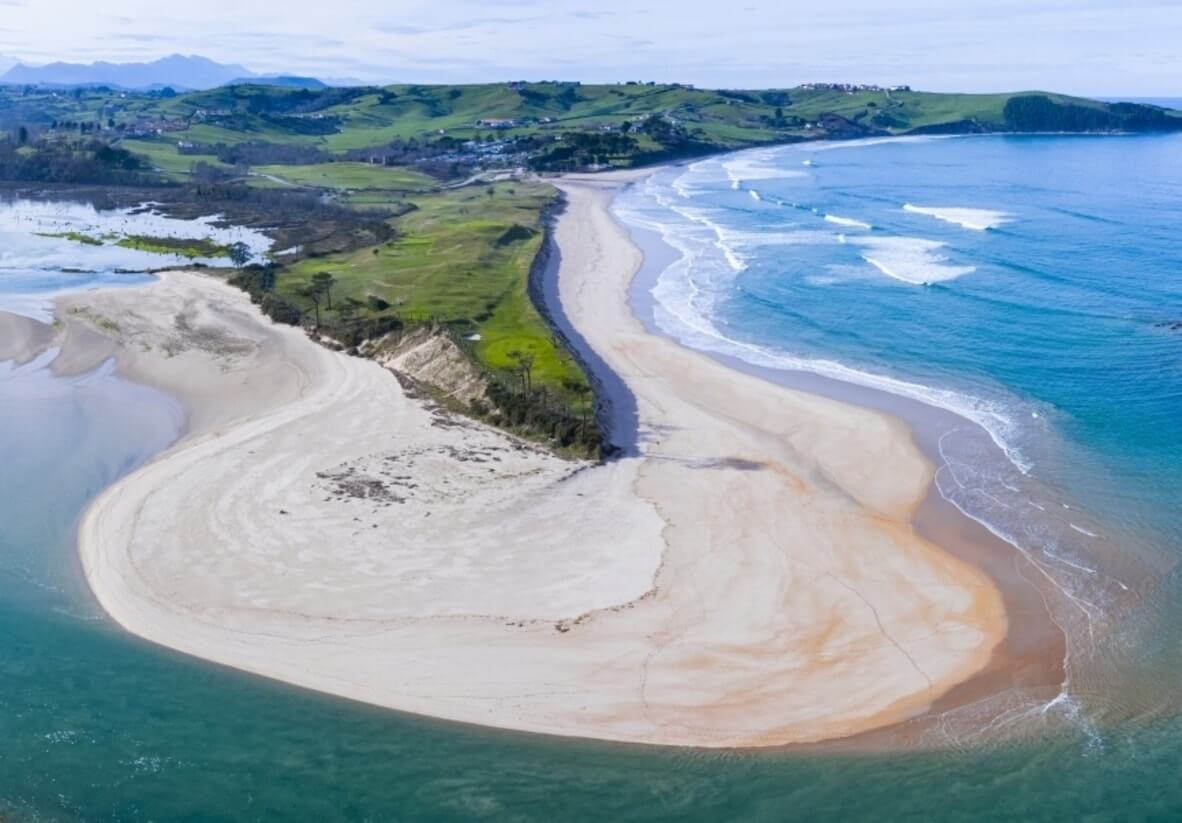 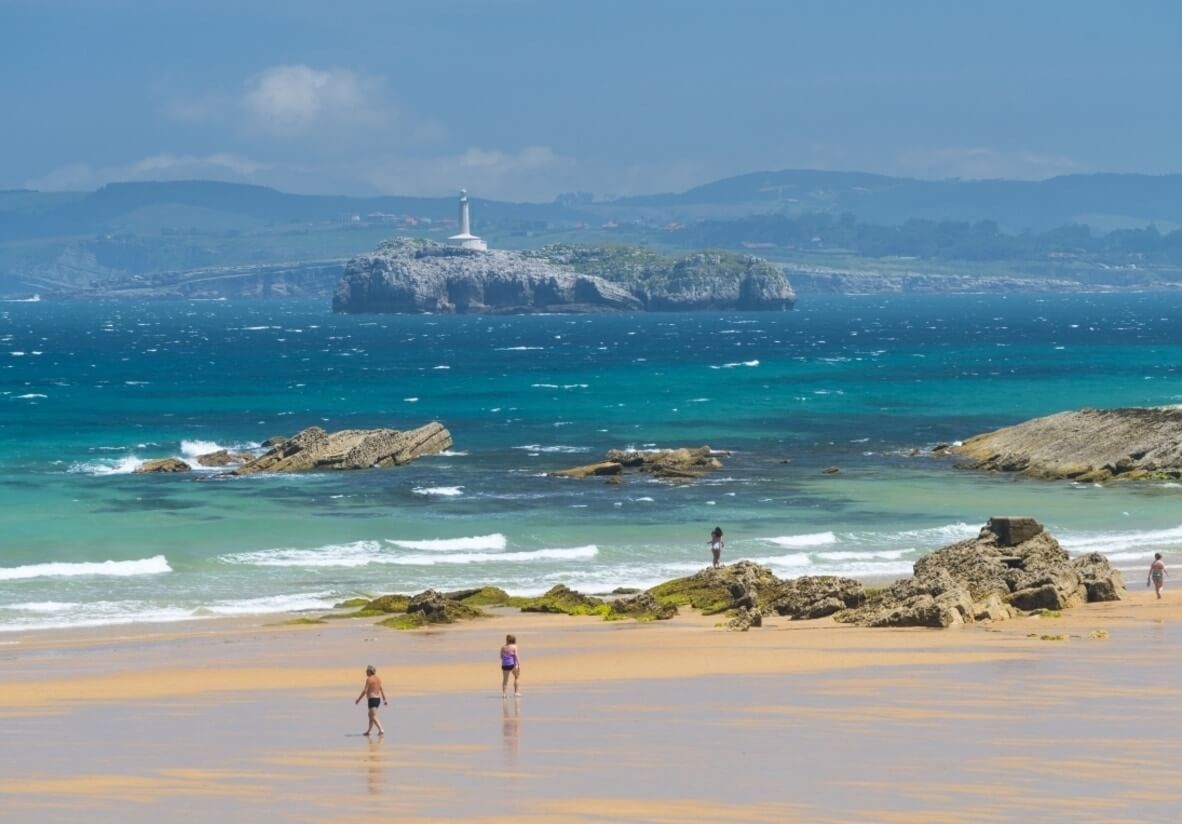 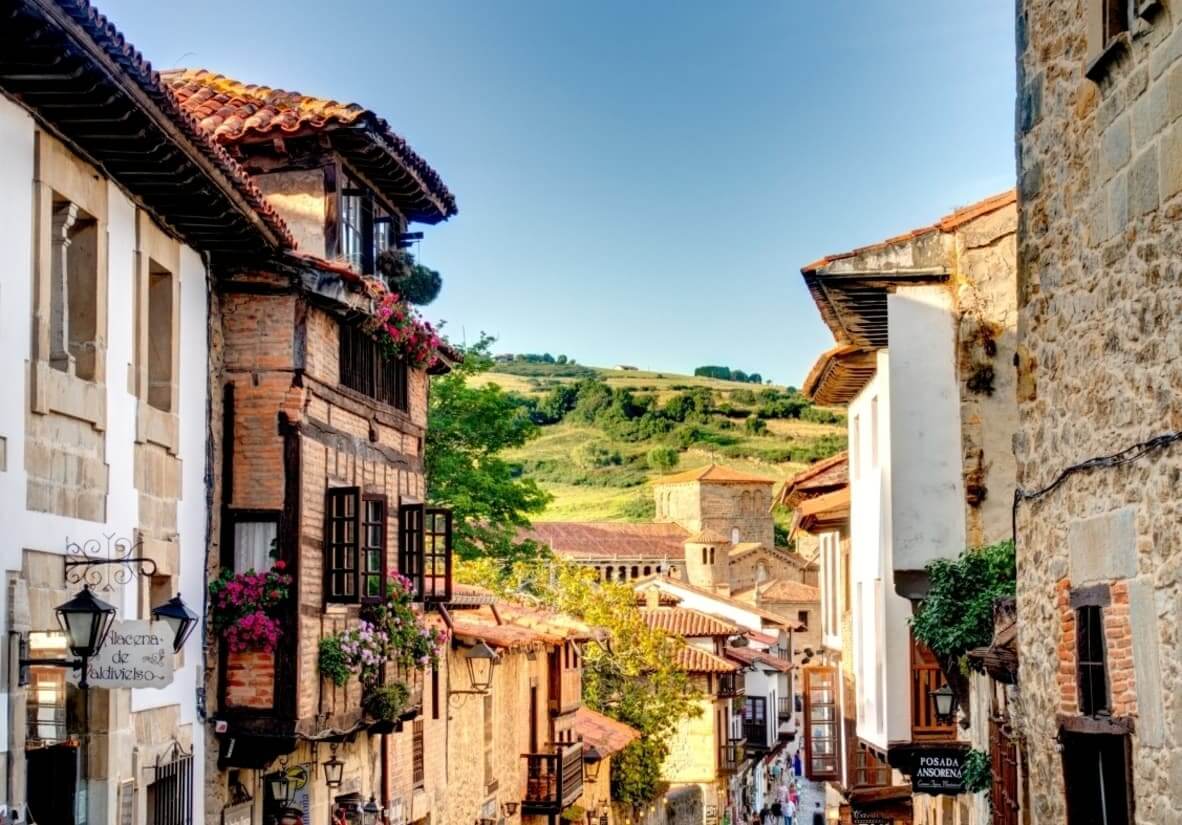 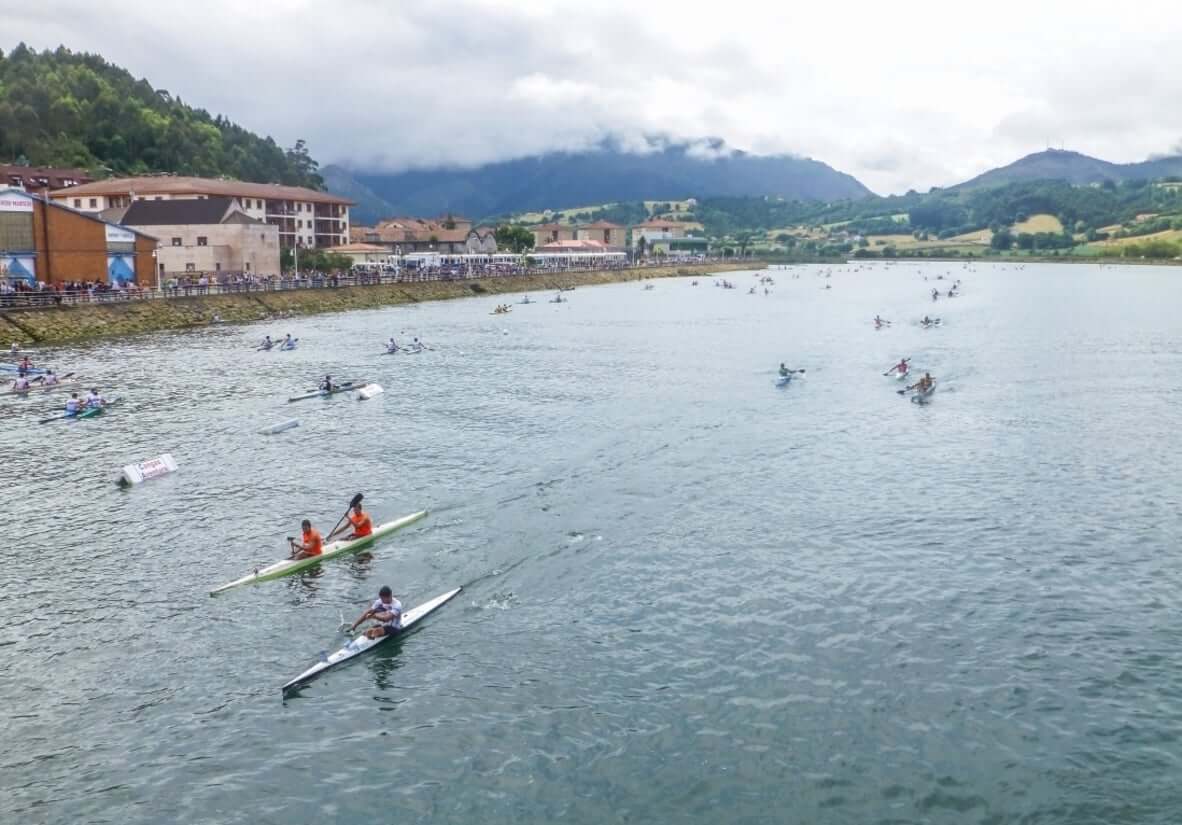 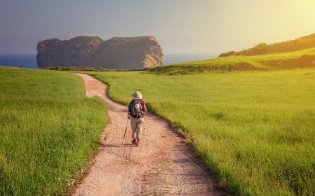 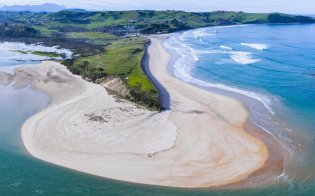 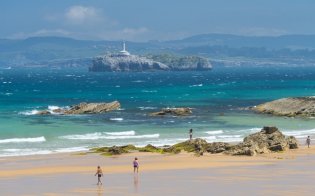 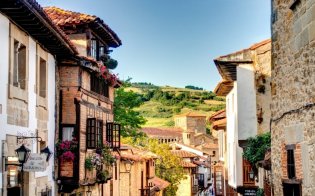 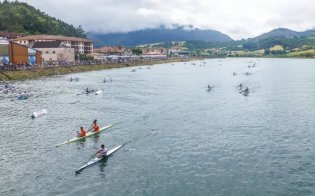 On this stretch of the Camino de la Costa you will travel along the coast of the Cantabrian city of Santander to the coastal town of Ribadesella, in the principality of Asturias.

In the 145 km that separate the two places, you will find a route of incredible natural and landscape beauty amid coastal, mountainous and wooded areas on the so-called Cantabrian Coast.

Explore the capital of Cantabria and one of the most beautiful and popular cities on the northern coast of Spain. We invite you to taste the delicious local dishes of mountain stew and rabas (fried squid).

Visit some of its tourist attractions such as the Pereda Gardens, The Palacio de la Magdalena, Sardinero Beach or Santander Cathedral.

When leaving Santander, the road today takes us away from the urban landscape to take us to the interior of Cantabria.We will pass through several villages, such as Santa Cruz de Bezana, Mompia and Boo de Pielagos.

Afterwards, we continue along the River Pas estuary in Boo de Pielagos and finally head towards Arce, where we will rest overnight.

This day begins in Arce and will take us through the spectacular mountainous landscape on the Cantabrian coast. Along today's route, we'll stop by charming villages like Miengo and Suances, which are worth visiting.

We will cross the River Saja and then the path continues through green meadows until we reach the medieval village Santillana del Mar, known for home to the famous Altamira Caves.

Cross the small towns of Orena with its approximately 1,000 inhabitants; Ciguenza, which in prehistoric times was inhabited by Autorigones or Cantabrians; and Casasola with the Portillo Cave and its Neolithic shell site.

You arrive in Comillas, a Cantabrian village in the West Coast zone. Relax on its beautiful beach and admire the magnificent views of cliffs and rocks that surround it.

Discover the medieval and Baroque heritage of its buildings and the architectural relics of Catalan artists, such as the original Pontifical University of Comillas, which is now in Madrid, the Sobrellano Palace, and the work 'El Capricho', by Antoni Gaudí.

The path today will take us around the Cantabrian coast passing through the Natural Park of Oyambre. Dunes, meadows, steep cliffs and beaches form a vast, rich landscape that in turn houses a wide variety of vegetation and fauna, such as waterfowl, molluscs and fish.

Then the road will take us through fields and forests until we reach Unquera.

Today our trail takes us back to skirt along the north coast. We will leave the autonomous community of Cantabria to enter Asturias. Just outside Unquera, we will cross the River Deva over a bridge that takes us to Bustio.

The road continues to climb to 'Cuesta'l Cant' and then downhill through the Sierra de la Borbolla. We will pass through the town of Pendueles, by a narrow road that continues to ascend until the Jorcada Pass, after crossing the Andrin road. The trail continues downhill to La Portilla.

We continue on to Llanes, where we will stay overnight: a beautiful town surrounded by the Picos de Europa mountains and the north coast.

Cross Llanes until you link with the old Po path and continue to the Monastery of San Salvador de Celorio to go around Palombina Beach.

In the midst of easier trails, you will find several parishes, chapels and monasteries, such as the Chapel of Santin in Barru or the Monastery of San Antolin de Bedon in Amelladeru.

Cross the railway track through Toriellu, Sobares, Argunadieyu and La Espina, before entering Ribadesella, a cheerful village with a variety of restaurants. Tour the great estuary at the mouth of the River Sella, which separates the village in two: the old part from the modern part.

We invite you not to leave this beautiful town that borders the sea without making the popular River Sella descent by canoe, one of the best known water activities in Asturias. 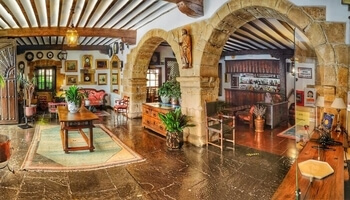 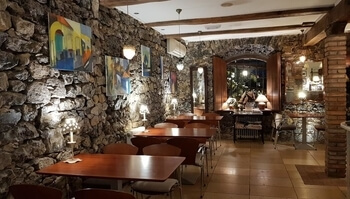 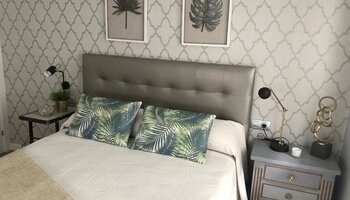 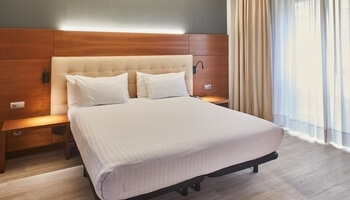 The best option to get there is Santander's small international airport, the Seve Ballesteros.

Another option is Bilbao Airport, which has several connections to cities in Spain and Europe and also has its own train station.

What is the best time of the year to complete this trip?

Any time between March and October will give you an amazing experience. May is undoubtedly one of the best months to complete the route, as the temperatures are moderate, as is the influx of pilgrims.

In spring, mornings and evenings are usually cool and during the day, temperatures are pleasant, with a sun that is not as scorching as in summer. However, at this time and in autumn, especially in the north where the ocean climate predominates, there are frequent rains, so we suggest you check the weather forecast.

This route is categorized as of medium-high difficulty, as it has some demanding ascents and descents. In addition, the walks are between 15 and 30 km daily on average.

For this reason, we suggest preparing about 2 months before starting the route by walking daily, preferably on arid terrain and in a coastal climate.

How do I get the pilgrim's credential?

The pilgrim's credential can be found upon arrival at your first accommodation.

This credential must be stamped in churches, restaurants and hotels during your journey on the Camino de Santiago. At the end of the trip in the city of Santiago, you can obtain the Compostela that certifies you as a pilgrim.